The Swiss QR Bill is a Swiss standard payment specification based on ISO 20022, which is an international standard for data exchanges within the finance industry. PaymentStandards.ch is the official website of the Swiss financial center regarding this standardization of payments. The QR Bill is quickly identified with the Swiss Cross in the center of a QR Code symbol. IDAutomation offers an easy method of generating the Swiss Cross in the center of the QR Code by making use of the Center Override option which is exclusive to IDAutomation products.

The following symbol is a Swiss QR Bill Example created from Crystal Reports: 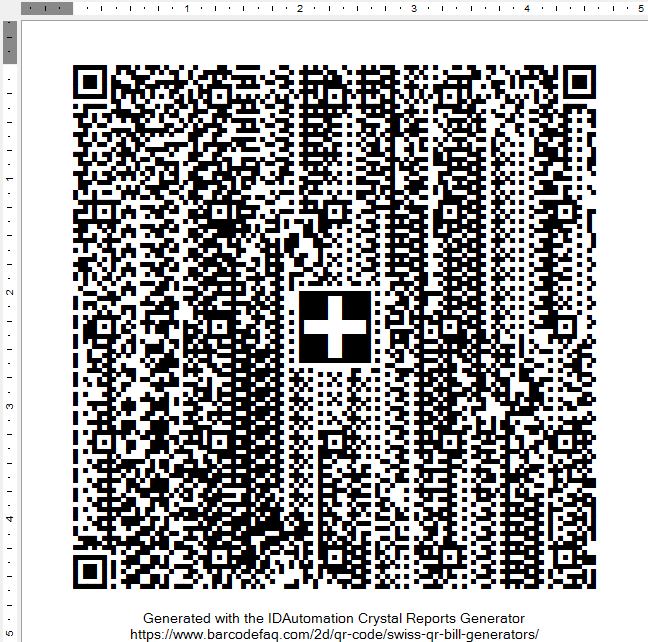 This capability is supported in all QR Code product versions 2020 or later including:

It is recommended to start with the 9×9 size below and adjust the X dimension of the symbol accordingly so the cross is within the specifications of 7 x 7 mm. Refer to the Swiss Implementation Guidelines for the QR-bill for more information.