A distorted barcode issue may occur when using the Consolas Font with Unicode Image products such as the Crystal Reports Barcode Generator or the Access Native Generator. The distorted image will appear with very small question marks. The issue is caused by an old version of the Consolas font which does not correctly display the unicode block characters. This has been known to occur on Windows 7 and earlier versions of Windows. 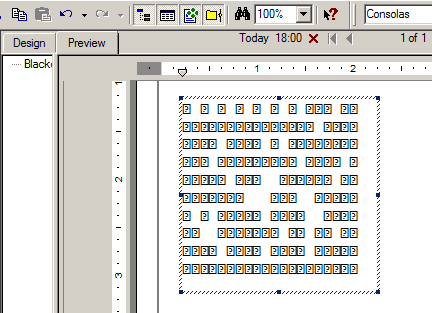 To resolve the issue: