How DataBar Expanded can Win the War on Food Waste

How DataBar Expanded can Win the War on Food Waste 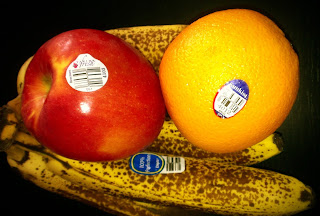 As hunger continue to ravage the world’s poor in 2012, it is shocking to learn that approximately 40% of food in the United States is wasted. This problem is not specific to the U.S., however, as virtually every region of the world watches a significant amount of food go bad before it can be purchased or donated to charitable organizations tasked with feeding the hungry. A variety of tactics will need to be utilized in order to effectively minimize the amount of food waste at all points including growth, distribution, retail, and in the very homes of consumers.

Many food waste issues arise out of poor infrastructure and logistical organization. When farms, distributors, and retail establishments such as grocery stores fail to move older food products out before newer ones, waste builds as on-the-shelf products loom dangerously close to expiration. This either prevents consumers from purchasing nearly-expired goods, or can often result in the food expiring just days after purchase. An efficiently-run supermarket will have a strong command over its inventory, giving consumers a large enough window of freshness that can minimize waste at the retail point. But how can companies ensure that food products closer to expiration will leave inventory before the rest?

From a technological standpoint, one of the most effective ways to minimize food spoilage in stores is through the use of barcode technology. To date, most retail locations have utilized UPC as a means to register products for large-scale sales. UPC barcodes generally encode a UPC code that can be scanned into a database to locate a product. This has been very effective in terms of allowing items to be sold in many different stores, but it does nothing to prevent food spoilage. UPC codes are rarely even used on produce if at all because of their inability to store anything more than a code that can identify a specific product, size, and color.

Databar Expanded is an advanced barcode symbology that allows the encoding of more data than standard UPC. Application Identifiers for expiration, picked dates and more can also be encoded which can give grocery stockers much more control over which products are being offered and when. Smart inventory managers can streamline their flow of goods so that the oldest products are being moved before the newest ones. Additionally, Databar barcodes are an excellent solution for labeling loose produce and other items that can be difficult to label.

Databar barcodes can also prove useful for consumers who want to know where their produce was picked, when it was picked and when it should be consumed by. There are a wide variety of barcode scanning applications that can read Databar and may be used to give consumers the edge they need in purchasing food products at the right time, rather than just days before expiration or even after a product has already passed the expiration date.

From farmer to the distributor, supermarket to the consumer, everyone bears some responsibility in this war on food waste. Technology can be an effective weapon against spoilage in a world where so many go hungry. Labeling produces with Databar barcodes may be the best up-and-coming method, not only helping to save food but also saving profit and protecting businesses’ bottom line.